Summer of my Amazing Luck 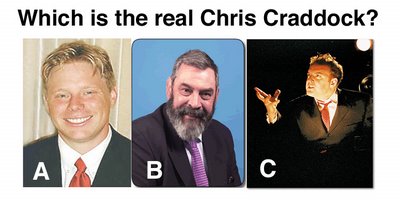 Our friend Chris Craddock wrote a play adapted from an award winning book set in Winnipeg. It is playing at the MTC Warehouse until Dec. 2nd. Chris is also in it. The show is great, fast paced and funny. It grabs you and holds you and makes feel okay as you witness the lives of the poor and sometimes lucky.

Chris Craddock is an award winning playwrite based out of Edmonton. He is currently the Artistic Director of Rapid Fire Theatre and slumming it in Winnipeg.

P.S. If you choose C, then you are correct.
Posted by Anonymous