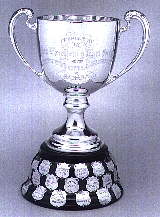 So we (Lee and I) just did a gig with the CBC as part of their Grey Cup celebration. The show was a "live to tape" at the Forks. Actually, more specifically, the show was in the Atrium which is where I put together some shows with Ron Moore called "The Greenhouse".

The show was taped for "Shaken Not Stirred" and we shared the show with the D. Rangers and Red Anthem. The D. Rangers also played support for our "hilarity'. The show "DNTO" was also taped, it featured our buddy Mike Bell (of the Royal Liechtenstein Theatre Company).

The show aired on CBC radio one 990 at 5pm on Saturday. It will play at noon on Sunday on CBC radio two. check the CBC website

Thank you to Sarah Michealson and Jaeny Baik. Thank you to DJ Hunnicutt for watching the set instead of going home to nap. Thank you to the D.Rangers for making us sound better.

The bits we did:

The "How to throw a Grey Cup Party" bit
-Make your guests drink in the driveway in their cars before entering
-Replace carpet with artificial turf (or grass even)
-Have extra TVs (just in case)
-Bring some drunken strangers (to keep things authentic)
-Serve your hot dog buns wet
-Make sure you invite the Canadian Military (allow me to explain, the Military was at the forks displaying their tanks, guns and snazzy uniforms for everyone)

The "Grey Cup Fever" bit
-Inoculation for all CBC employees
-Symptoms include a skin rash in the colour of their favourite team
-No known cure, but Doctors recommend the ingestion of beer
-Winnipeg is under Quarantine (which explains the Military presence) and affects anyone who happens to be trapped in the city
-The good news is, the fever is not fatal, and only requires you to "party"

Well, I guess this means that very soon there will be a Grey Cup awarded to a team. Good Luck to all those playing, and to all those freezing their asses off in the stadium.
Posted by Anonymous