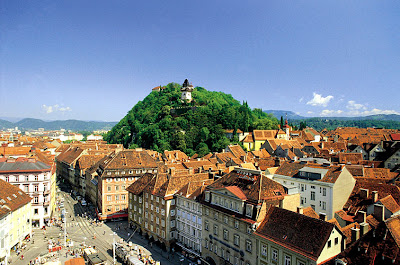 CRUMBS have been coming to Graz, Austria for 10 years now. The group in Graz is TiB, which stands for “Theater Im Bahnhof”, which translates to “Theatre in the train station”. They started out doing just that, theatre at the main train station. What they have grown into is an amazing theatre company that not only does impro, but also actual theatre... actual mind blowing avant-guard theatre. We have some good friends that are a part of the company, not to mention a fellow Canadian. Jacob Banigan has been in Graz for almost 10 years. We first met Jacob while he was the Artistic Director of Rapid FireTheatre in Edmonton.


Now when we come to Graz, it is one of those places on our tour where we feel less like we're on tour, and more like we're visiting friends and being normal. We just happen to do a show... and possibly a little bit of babysitting. We are distance uncles to Lili Rose (daughter of Jacob and Trixi).

This year, after many years of admiring the great work that TiB has done on stage, we decided to see if we could develop a show with them. We started with a simple enough theme, a connection between Austria and Canada. So not only did we do a show in Graz, we have started to create a show as well.

The show we did was CRUMBS plus Jacob Banigan (always a treat). The show involved Canadian Curling, Crazy Carpenters and Camping in Croatia (the Six C's of improvisation). 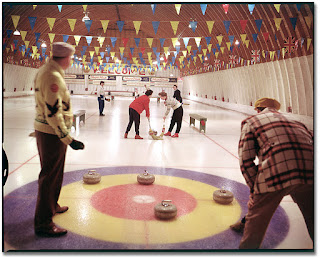 The Curling story was about a couple of Canucks who loved curling. But then we introduced Daphne (Was Daphne her name?) a girl who is then a wedge in the curling duo's world. The introduction of sex and love that potentially distracts a curler from his concentration on curling. We also had to explain curling in the show because nobody really knew that much about curling at all. It was quite educational... well, actually, it was quite silly. 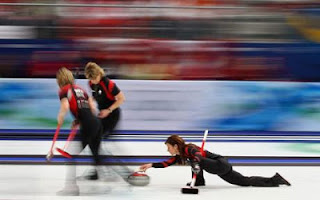 The Crazy Carpenters story was about an old carpenter and his brand new apprentice. They were building a house for a rich (and snooty) British man. They end up killing him. Some stuff happened to lead up to this, but it was really really complicated. You had to be there. 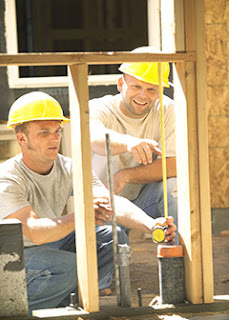 The Camping in Croatia story involved a single dad taking his two sons on a trip to Croatia to go camping. The trip goes horribly. They get into a car accident, it rains the whole time, and the two sons run away. Dad is still upset about his wife leaving him, and has anger issues. They end up reuniting and dad promises to keep his anger to himself. There is hope for this family after all. 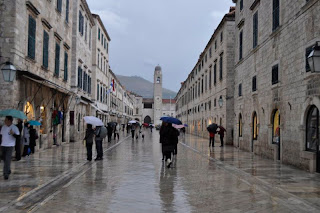 After the show, it is a tradition to go for a drink (like most shows in the theatre). Usually the bar is one called “The Running Horse”, but the bar was too full. So we ended up going to another pub down the street. Now it is time for the “what?” factor to increase. We entr the bar and notice a Manitoba flag. Strange. The only other flags are the Union Jack, the Irish flag, the English flag and the Scottish flag. Okay... then we see a Winnipeg Jets jersey above the bar. What? It's the only hockey jersey in the place. So of course we talk to the bartender about it. 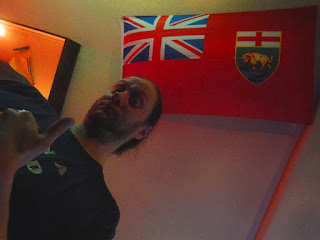 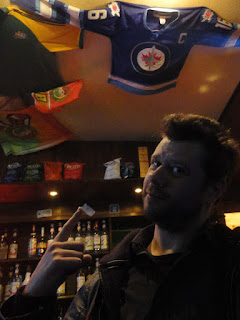 It turns out that one of the partners who one the bar is from Winnipeg. Small world, and more Austrian Canadian connections for the show concept we are creating.