CRUMBS splits in half 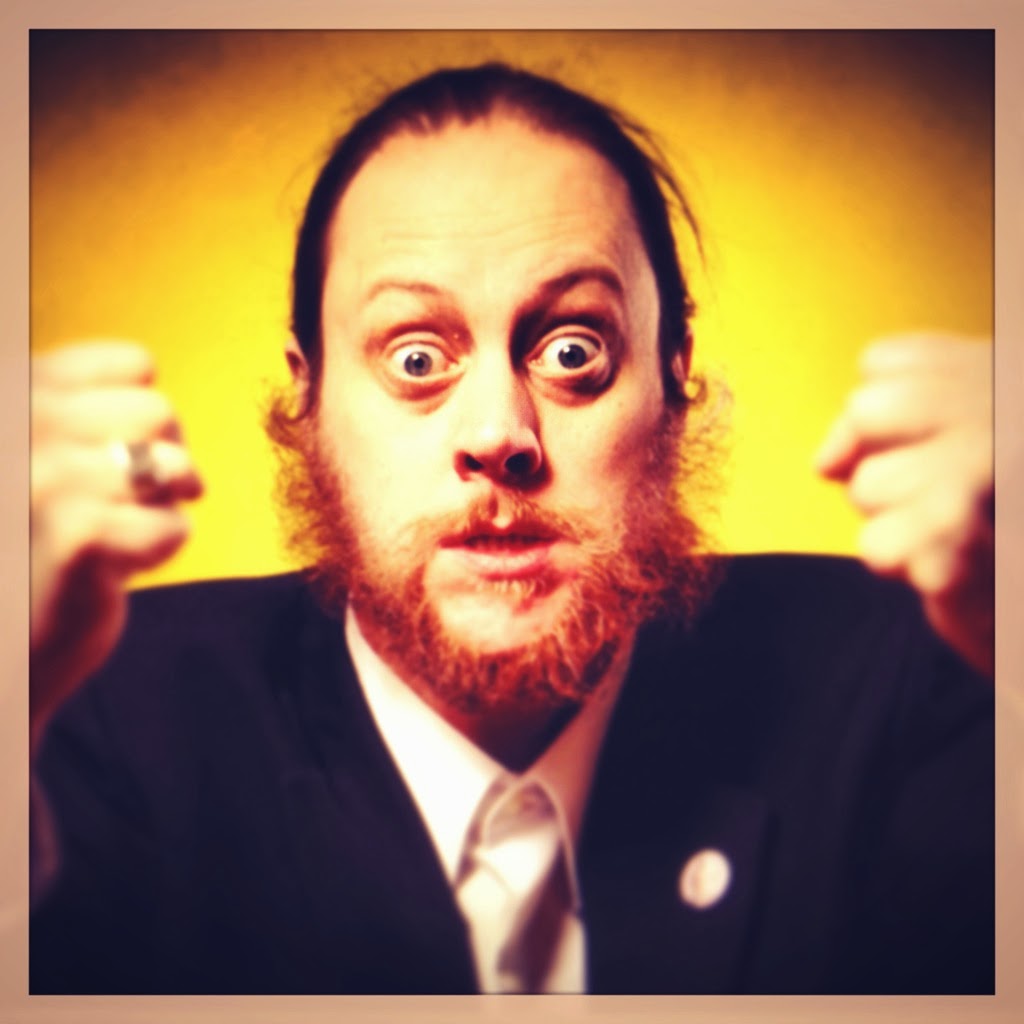 So, with Lee gone on tour in Europe and Stephen staying back in Winnipeg with Dj Hunnicutt. CRUMBS has split in half for the spring. You can enjoy one half in Europe and one half in Winnipeg. In effect, you are really just doubling your CRUMBS availability. Don't worry, their powers will reunite in Winnipeg come June (you know, June, when winter might be over).

Lee White had his Bon Voyage show at the King's Head. He also had his 40th surprise birthday onstage as well. After the dust settled, the smoke cleared and the cake was all eaten, everyone realized that there won't be another true CRUMBS show in Winnipeg until Lee returns in June. The good news is everyone in attendance at the King's Head has memory of the Bartender Francis joining CRUMBS onstage for a scene. Legendary. 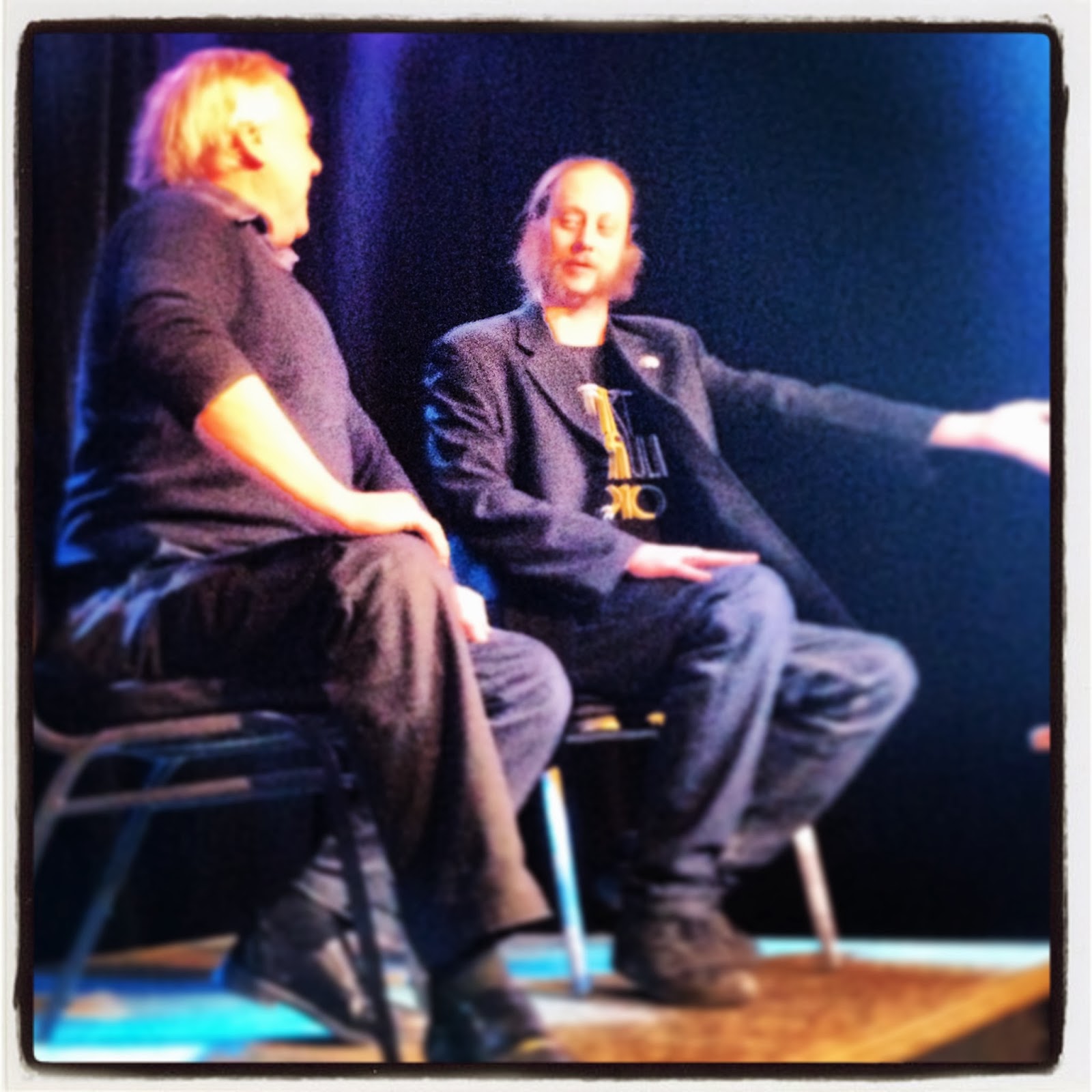 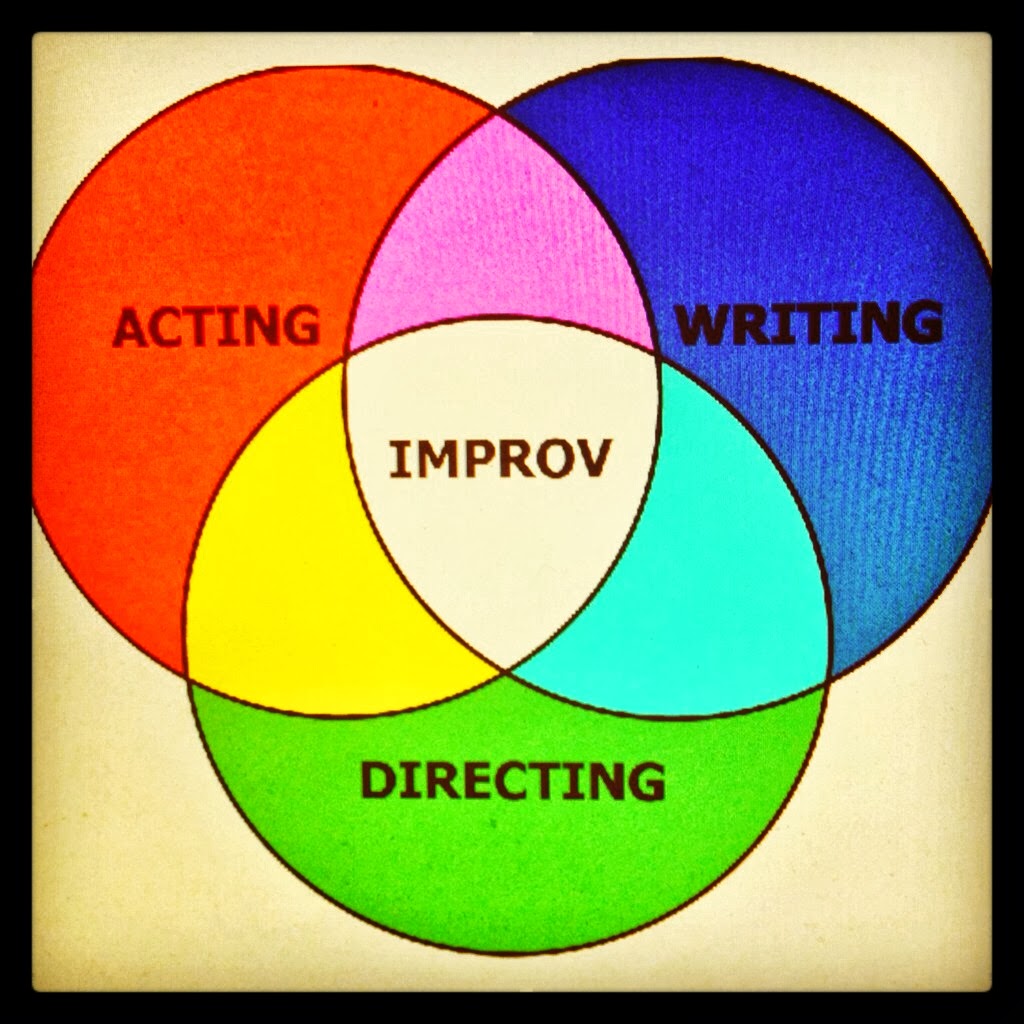 Here is a nice Venn Diagram to very simply illustrate the simultaneous artistic disciplines at work while a live improv performance is happening. As this diagram so elegantly shows, improv exists at the point where Acting, Writing and Directing intersect.


So now what? What shows are coming up next? Well let me tell you...

#1
Every TUESDAY at the King's Head

C'mon down to this FREE and special show at the King's Head. The FIRST and THIRD Tuesday of the month is for IMPROV while the SECOND and FOURTH Tuesday of the month is for STAND-UP. But EVERY Tuesday is a comedy good time. Stephen Sim (of CRUMBS fame and BLOG writing fame) is still in town while Lee goes on tour, so he will be inviting some guest players and curating some fine live performances.

DISCLAIMER: While the show still has "Free Laughs" we did have a little name change to honour some of the changes in the night. We had one of our founders and longtime producers leave under unfortunate circumstance, it didn't feel right to keep calling the night Free Laughs so we changed the name to Comedy Knights.

#2
What other regular shows are out there?
Well, Wednesdays at the Cheer in Osborne Village hosted by Ben "OBC" Walker. You can also be a part of a new night happening on Thursdays at the Times Changed on Main Street hosted by Chantal Marostica. More? Are there more shows? Probably.


#4
The CBC Winnipeg Comedy Festival
This wonderful festival is coming up in April and that means that Winnipeg becomes the funniest place on Earth for one week. There will be some amazing comedy converging in this city and you all need to be a part of it. There will also be some improv happening, Mark Meer from the Irrelevant Show on CBC radio will be doing some improv and YOU simply MUST experience the BRILLIANCE of this show.

#5
Friday, April 18th at the Park Theatre
The Winnipeg Comedy Showcase featuring the stand-up amazingness of:
John B Duff, Mike Green, Dan Verville, Ryan Ash, Dan Glasswick and Keener. Get your tickets and then get your laugh on.


Here's something that happened:

The Manitoba Improv League had it's regional Finals for the Canadian Improv Games, which just happens to be the biggest and most amazing of any High School improv in Canada... maybe even the Galaxy. Congratulations goes out to Vincent Massey on their win and their honour of representing Manitoba at the National Finals in Ottawa. 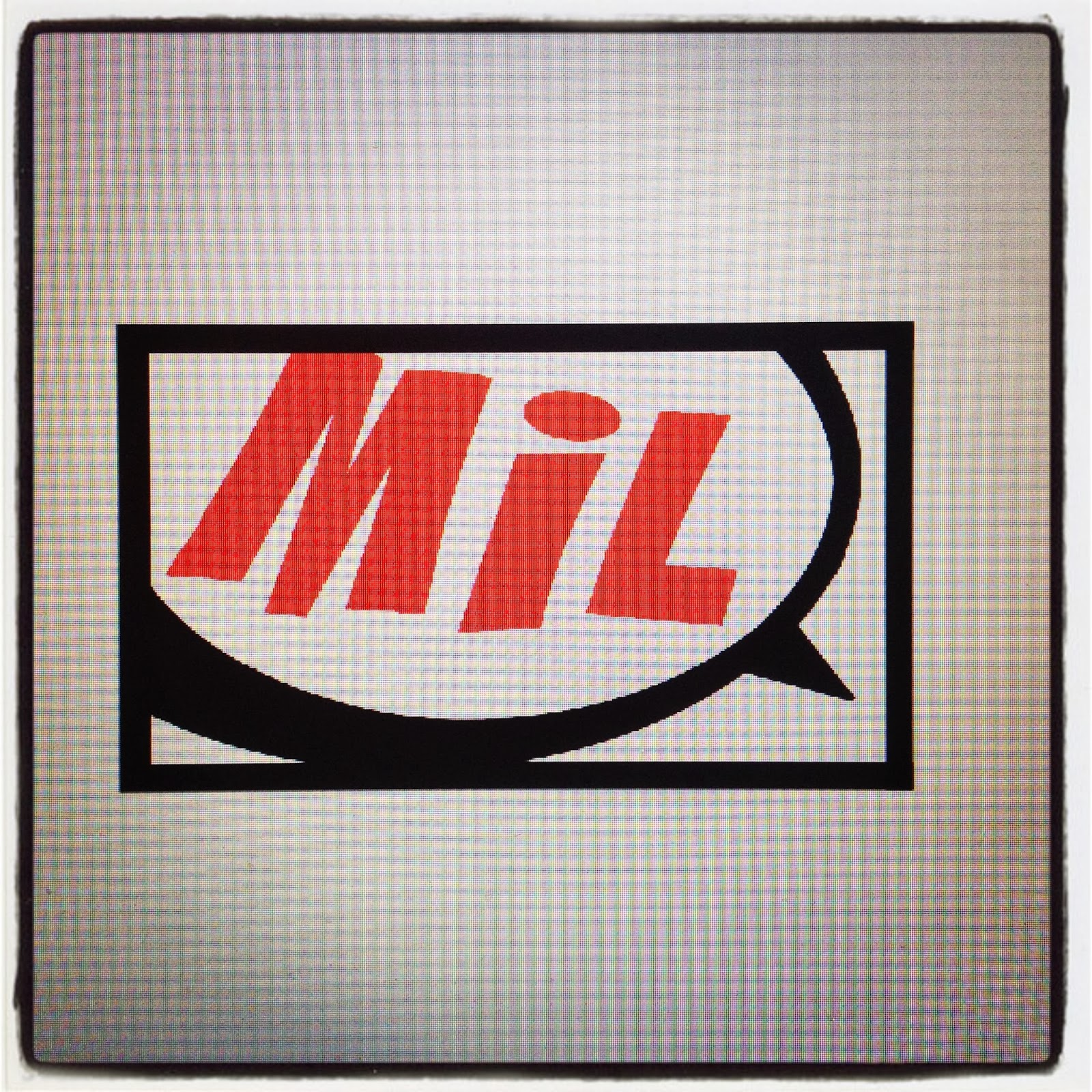 You know what?
There's probably even more shows. I'll have to update this even more because Winnipeg is just exploding with amazing live comedy shows. Winnipeg is also exploding with winter isolation, stir crazy feelings and strange accidental spillages at coffee shops. 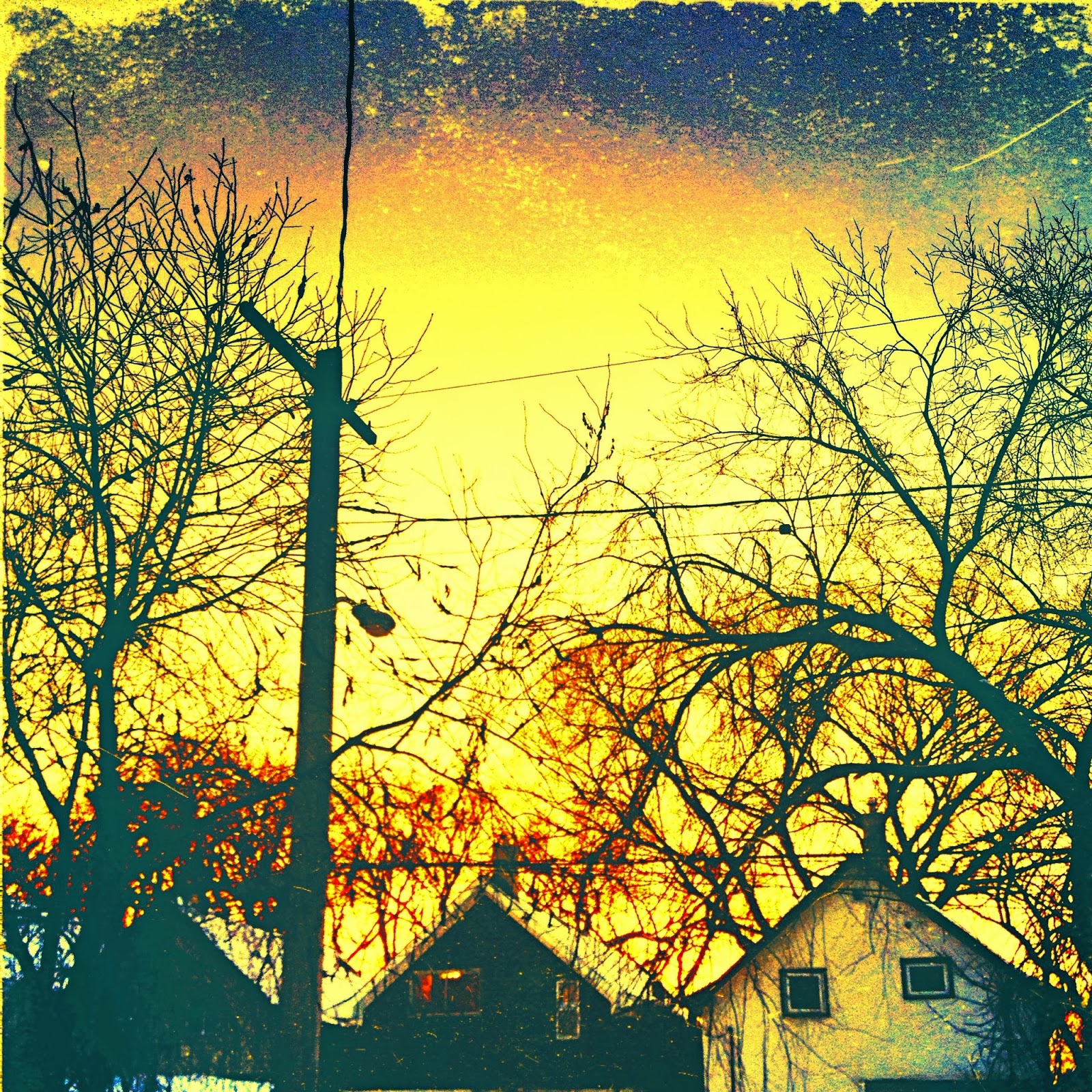 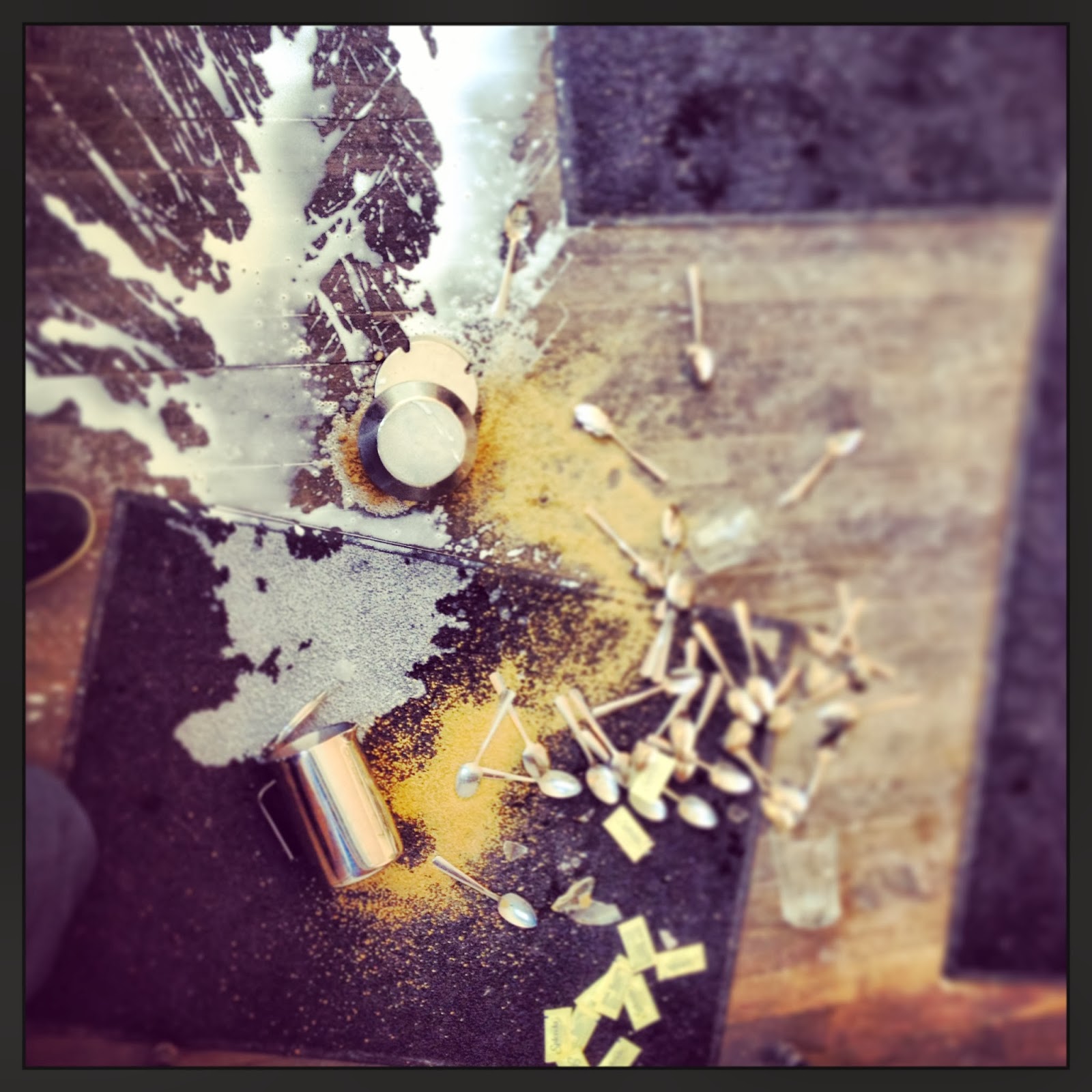